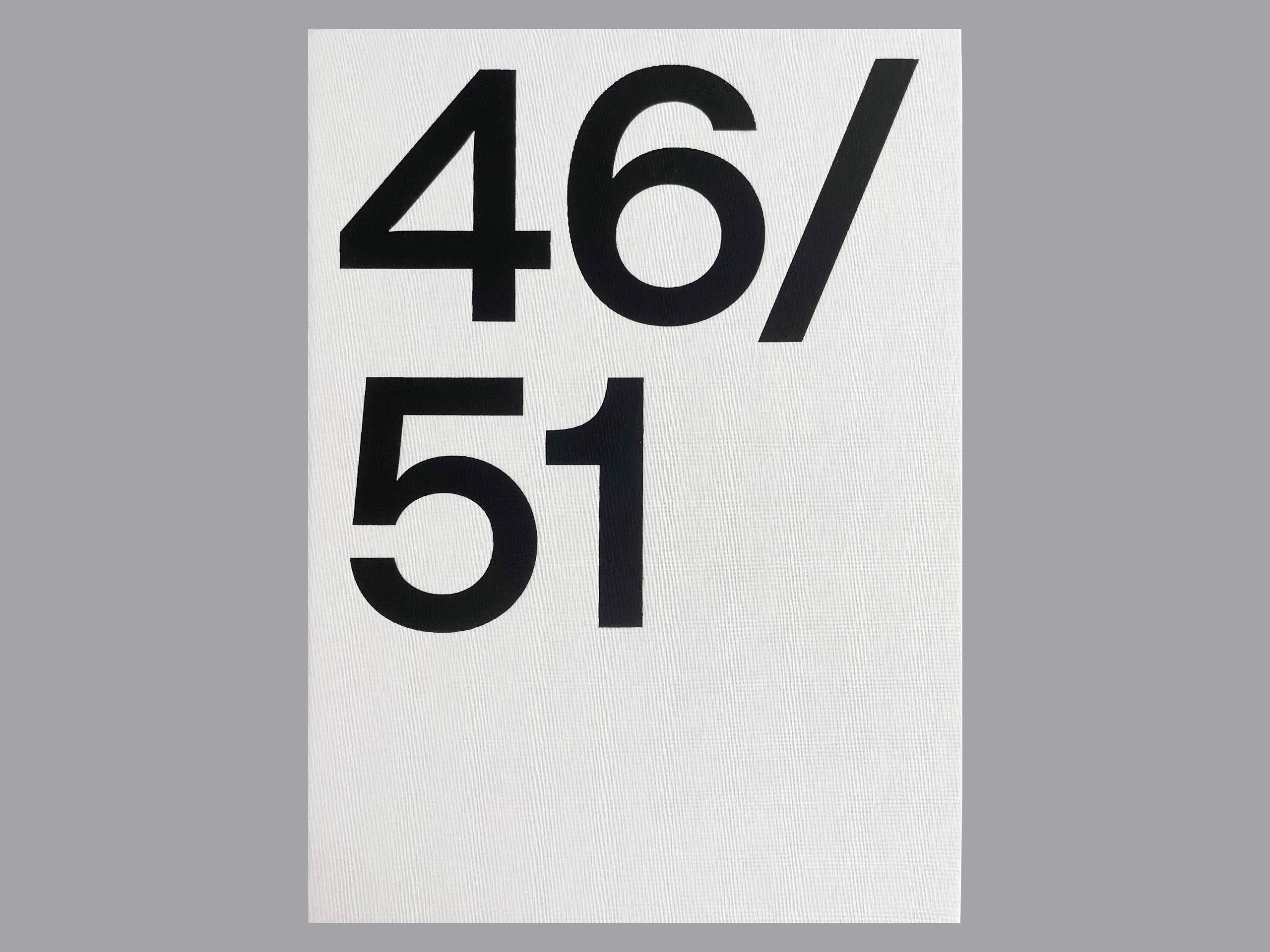 BGP Architekten and Galerie Bob Gysin GBG are celebrating their 46th and 51st anniversaries respectively this year. The publication «46/51» is being published to accompany them. In it, external interviewees join BGP and GBG in taking a look at the past, the future and current issues in the architecture and art business.

«Catching up on the company's round anniversary and still turning the delay into a concept is something not many dare to do. Bob Gysin Partner BGP does not allow itself to be distracted by the adverse course of time and programmatically honors its own history with the double number 46/51. For once, these are quite soberly the years in which the Zurich architecture firm and the gallery for contemporary art have existed. Behind the numbers, however, there is also an attitude: it can be described as tenacity, prudence, curiosity and the ability to engage in dialogue. [...]»

From the preface by Gerhard Mack

Despite its long-overlooking interest, the architecture firm, founded in 1976, made sustainability a central pillar of its work early on. 10-20 years after flagship buildings such as the EAWAG Forum Chriesbach or the Elbarkaden HafenCity in Hamburg, the realization of lighthouse projects has become more difficult. However, this speaks for the fact that sustainable construction has become a permanent fixture in the meantime and that BGP sees evolution rather than revolution as a target-oriented path. In the spirit of this constant evolution, BGP founded the engineering firm EK Energiekonzepte AG as an independent company in 2007 and has been running its own department since 2021, which deals in depth with ecological building materials and the comparison of construction types.

The Bob Gysin Gallery was founded even before the architectural office and was spatially located in front of the drawing tables for a long time. Anyone who wanted a coffee first had to pass by the artworks. «An invitation to inspiration beyond one's own nose». Since 2020, the gallery's activities have been incorporated into the Bob and Kathrin Gysin Foundation, which makes its own collection accessible to the public and continues to support contemporary art creation.

Thanks
We would like to thank our clients for the trust they have placed in us, our planning partners and specialists for the stimulating collaboration, and our colleagues for the horizon-expanding exchange. We would also like to thank our staff for the extraordinary commitment they have shown and continue to show over the years.