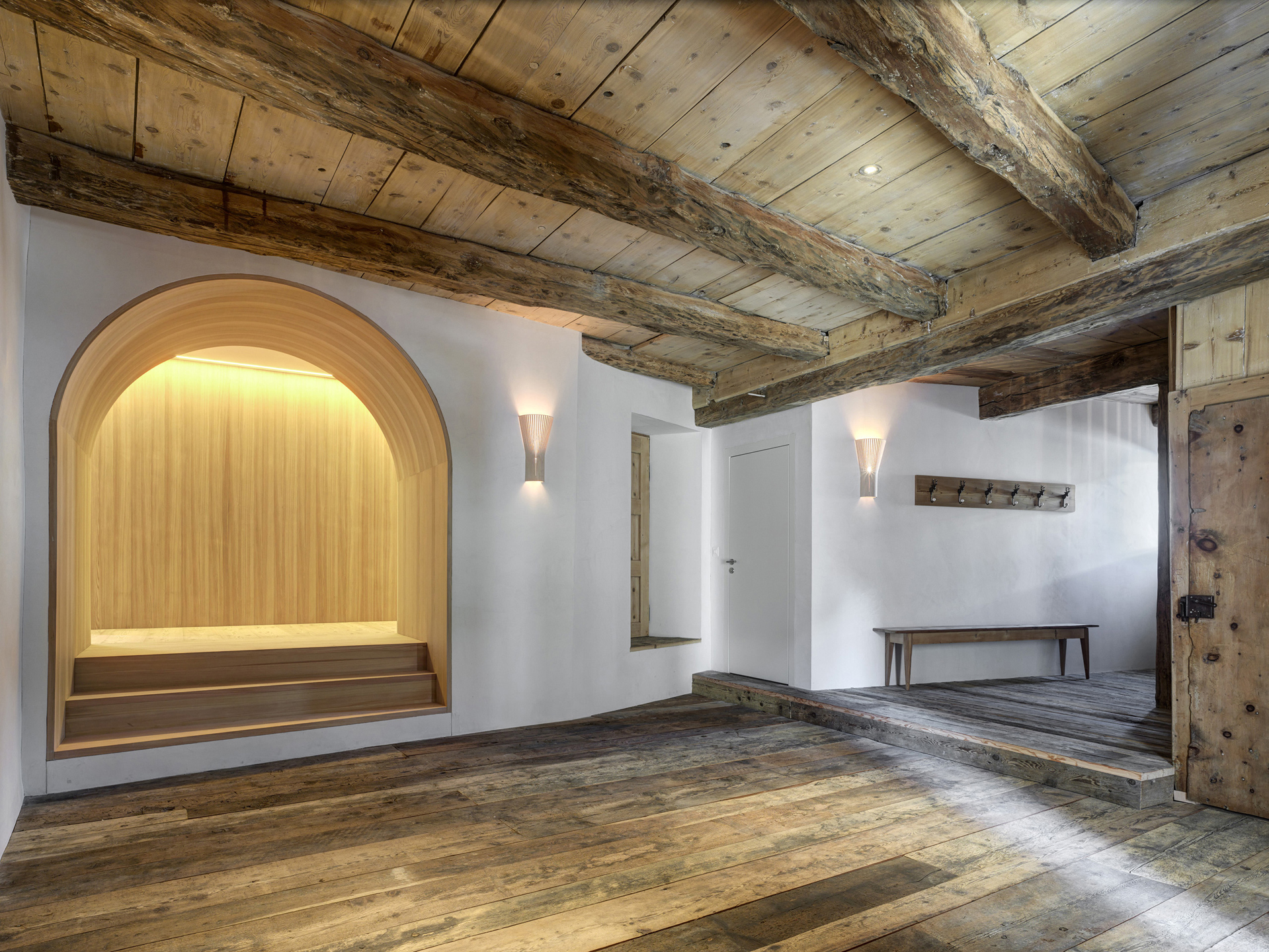 The Grisons Wood Special Award "Holz mit Pfiff" is an additional invitation to tender for the Prix Lignum 2015 and honors outstanding and pioneering projects in timber.

The conversion of the Chesa Crameri in Zuoz exemplifies how to deal with existing structures. The typical Engadine farmhouse was renovated and expanded in compliance with the requirements of the local heritage conservation zone.

The existing structure has been integrated in the new design and the original materials have been retained or restored wherever possible. The new components are recognisable as such and enter into an intriguing dialogue with the original fabric of the building. The alterations to the exterior are primarily aimed at up-grading its energy-saving performance while retaining its appearance. The interior of the barn has been converted on the "house within a house" principle, using prefabricated timber frame panels.